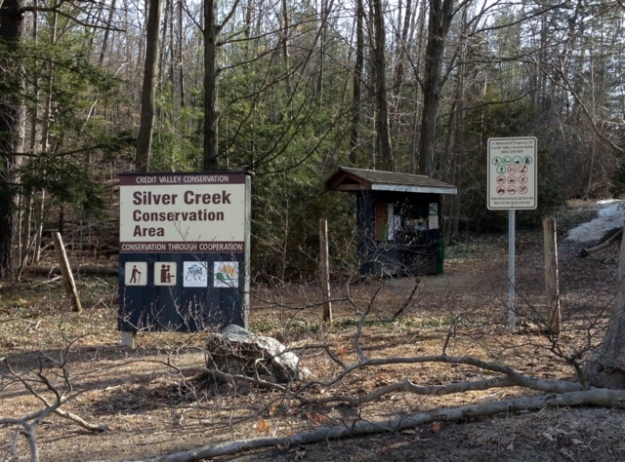 Our hike today was in the Silver Creek Conservation Area. None of us going on the hike had expected that there was a snow bank by Fallbrook Trail, where we parked our cars.

Our experienced hike leader immediately checked to see if anyone of us had our icers/tracks with us. Well, none of us did, except him. He put his on and he had a spare pair that he offered to our “sweep”, the person who stayed at the back to make sure nobody got lost.

We began our hike by walking less than 200 metres of the Irwin Quarry Side Trail, which joined the Main Trail of the Bruce Trail and we started our climb of the Niagara Escarpment. No sooner had we entered the wood than we realized that surprises were waiting for us. The trail was in parts still covered with snow and shiny icy patches were visible. We landed our feet as carefully as possible, but the slipperiness could not be easily ignored. 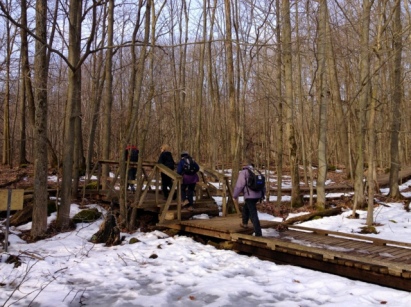 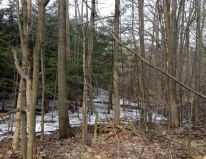 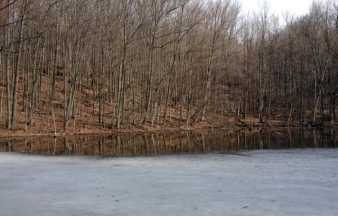 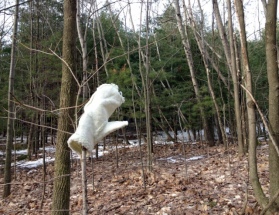 As we continued, we tried to develop strategies to avoid slipping. One hiker suggested walking on the crystalline snow, which crumbled under our feet; at least the footing was better than ice. However, there were sections where we had no choice. All we could do was to slow down, use our hiking pole to anchor before landing. At times, we latched onto tress and swung our bodies forward. There was one narrow strip which was covered by ice and in the absence of an alternative path,  the only way to get pass was to hang on to the rocks, aimed for a tree ahead and grabbed it to come to a stop. It was treacherous! 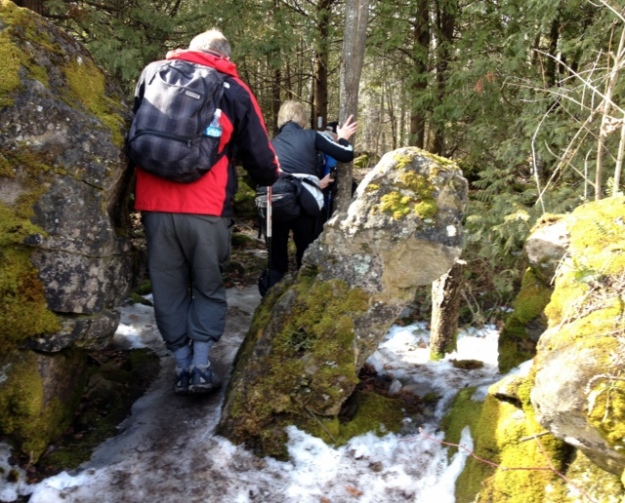 However, I was excited that I was hiking in an area that I had never hiked before. The rushing of the Silver Creek could be heard for a good distance even though it was not in sight. Then it appeared, with snow banks in parts, and we crossed this creek, which was a feeder stream into the Credit River a couple of times. 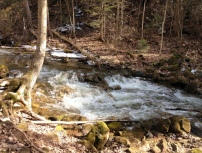 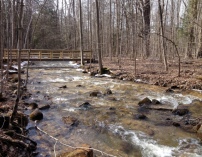 The hike took longer than anticipated, because we had to slow down frequently. It was incredible that within a short span of time, we were treading on ice, snow, water, mud and dry grounds. 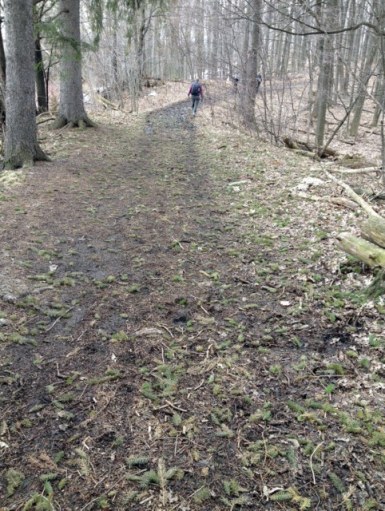 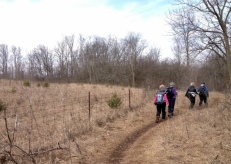 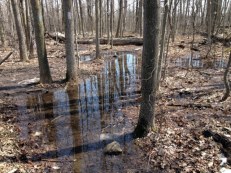 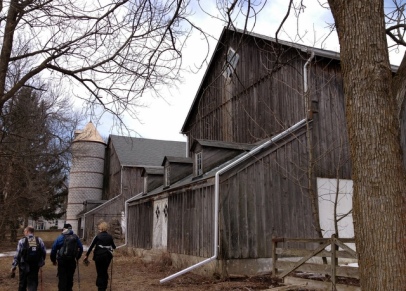 Two hikers fell, but fortunately nobody was injured. The experience was unique, and we were all relieved to be eventually out of the woods.